Write us an email! Get directions! Connect on Facebook

The 6 Worst High Sodium Foods You Should Avoid 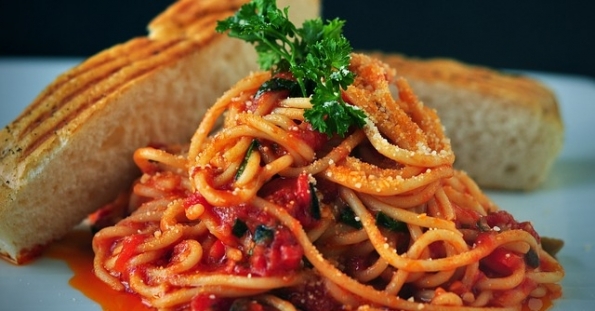 Your body needs sodium, but are you getting too much? Salt is calorie-free and all natural, but you only need approximately 180-500 mg a day to keep your muscles and nerves functioning properly. If you take in too much, sodium can increase your risk of developing health problems including kidney stones, osteoporosis or gastric ulcers.

You may be surprised to learn about some of the foods you eat that are very high in sodium. Here are some of the worst offenders to try and stay away from:

Frozen dinners may be quick and easy, and often marketed as ‘healthy’, but they are loaded with sodium. Even if they are a “lighter” version that doesn’t mean they are necessarily better for you or have less salt. Read the labels to be sure.  A 5-ounce frozen turkey and gravy frozen dinner can pack 787 milligrams of sodium!

Iced coffee drinks are very popular—and delicious. But, those 220 mg of sodium found in your Frappucino won’t do any wonders for your health. Try ordering a coffee with milk instead—it only has 30 mg of sodium vs. the 220 mg.

1 cup of canned cream-style corn may contain 730 mg of sodium! Canned veggies may be handy, but they often have preservatives, sauces or seasonings that add extra sodium. Opt for the cans labeled “no salt added” or “low sodium” or get fresh vegetables instead. You can also consider rinsing any canned foods off before cooking, this can help to get rid of some of the extra sodium.

You may avoid bagels since they are high in carbs.  But did you know a plain bagel has 500 mg of sodium too?  That’s with no cream cheese added.  If you are craving carbs, grab an English muffin instead.  They only have 180 mg of sodium.

Coming in at 550 mg of sodium, just a half cup of spaghetti sauce will barely cover one helping of pasta. Try tomato sauce with “no salt added” or make your own instead.

Keep in mind that different types of meat have different amounts of sodium. Beef, pork or dry salami can have 360 mg of sodium in just 2 slices. There are brands that have 50% less sodium that you can choose from.  Or wait in line at the deli instead for fresher options.

The physical therapists at Above & Beyond can help you with a nutrition plan that works best for you to help avoid the pitfalls of what to eat and what is best for your body. Contact us today!

© Above & Beyond Physical Therapy 2023. All rights reserved.

Powered by WordPress, theme by TeoThemes